Many years ago, in an effort to educate the Marine Nature Study Area visitors about Osprey, our Department erected a mockup of an Osprey platform.  This platform was intended to serve as an educational aid to visitors and students on the design and importance of such structures and the role they played in the re-establishment of the Osprey population.  Due to the closeness to an active pathway, we did not expect it to attract a nesting pair... little did we know!

Osprey arrive back to Long Island from their annual migration in March and begin nesting in the early part of April.  Their chicks usually hatch in the middle of May, and begin to learn to fly and leave the nest in early to mid-July.  Visit the NYS DEC website to learn more about Osprey.

This year we have a new female named “Blondie” due to her mottled coloration, compared to their normal appearance.  The male was born in 2015 on Cedar Island, south of Bay Park, in the West Bay section of the Hempstead Bay estuary.  Blondie successfully won the territory just this March of 2022 from the long-time female, which had nested on this platform since 2012.  Her new mate has been at this location since 2019. 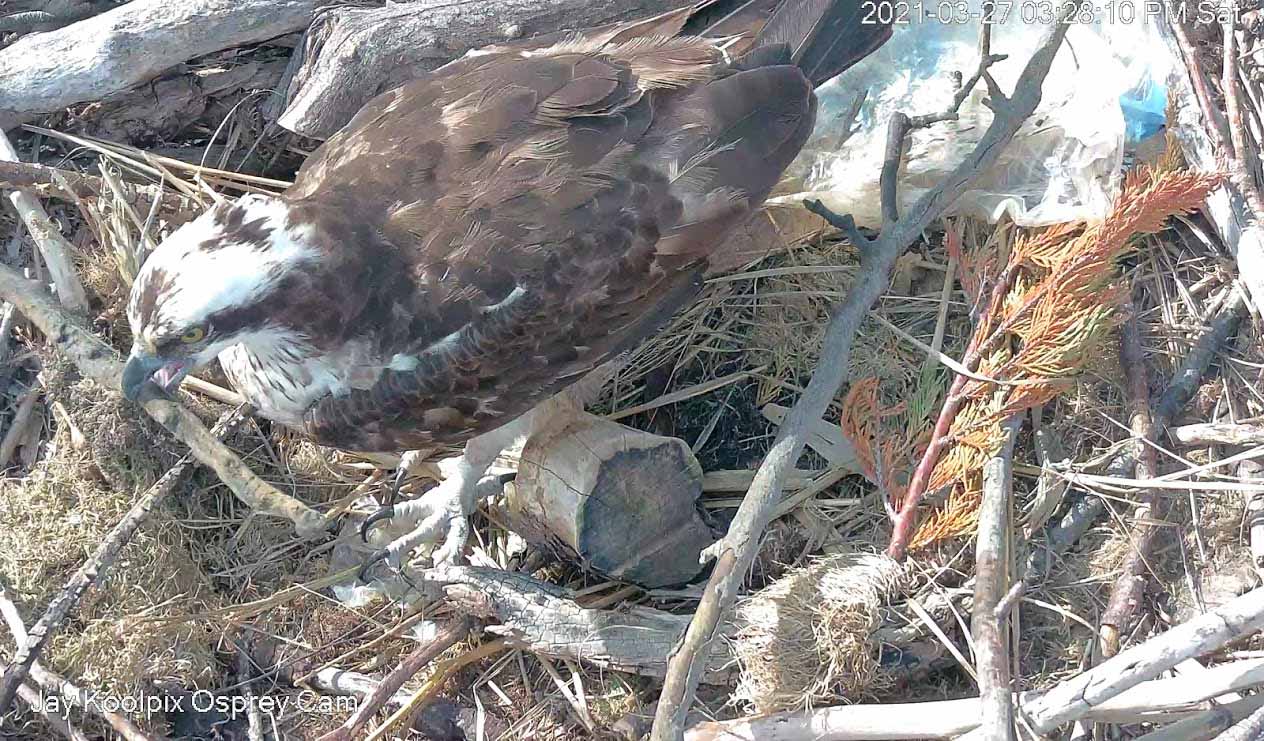